This man is NO patriot 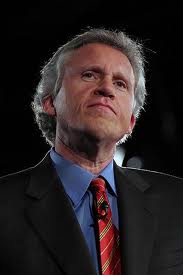 For 5 Years the defense department has been trying to kill a program that builds a second engine for the F-35 Joint Strike Fighter.  The jet comes with an engine produced by Pratt and Whitney.  There has been considerable lobbying by congress to develop a second engine by GE and Rolls Royce.  The Pentagon has already spent 3 billion dollars  developing the second engine by GE and Rolls Royce.  Would you order a second engine for your Ford pickup with 10,000 miles on it?  This is just a 100 billion dollar giveaway to corporate giant GE.  One of the plants for developing the engine is in John Bohner's home district.  Perhaps that is one of the reasons that they have been unable to kill this wasteful spending program?  Today, the pentagon finally succeeded in deleting the unwanted engine from the budget.  But the head of Obama's job commission Jeffrey Immelt, who is the CEO of GE, wrote a letter to employees saying: "I can assure you we are not going to give up."  No one wants your bloody engine, give it up.  Instead, they'll send off armies of corporate lobbyists with duffel bags full of cash trying to bribe congressman to buy an engine no one in the Defense Department wants.  We're cutting nutrition programs for low income pregnant mothers and Mr. Immelt wants his 100 billion dollar worthless engine contract.  I hope he outsources himself to China.
Posted by stephen sarbiewski at 10:07 PM