Today marks the 10 year anniversary of one of the biggest con jobs in American history.  The Bush tax cuts instituted in 2001. Bush said "Tax relief will create new jobs, tax relief will generate new wealth and tax relief will open new opportunities.  After two years of little or no job growth, Bush said in 2003 introducing more tax cuts: "these tax reductions will bring real and immediate benefits to middle-income Americans.  By speeding up the income tax cuts, we will speed up economic recovery and the pace of job creation." Image via Wikipedia
By looking at the above chart we can clearly see that after 2 Bush "job creation" tax cuts, job growth was not booming. Numbers, numbers lets see a graph.  That guy Clinton raised taxes, so after two Bush tax cuts, Bush's record on jobs should clean Clinton's clock?  Funny doesn't look like it was even close.  It wasn't, in Bush's 8 years the economy gained 1.1 million jobs!  Even that "lame liberal" President Jimmy Carter beat the heck out of George Bush in job creation. 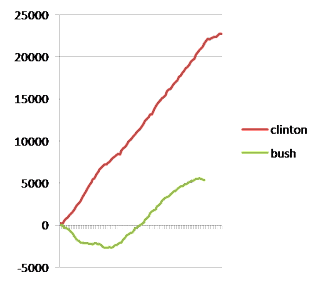 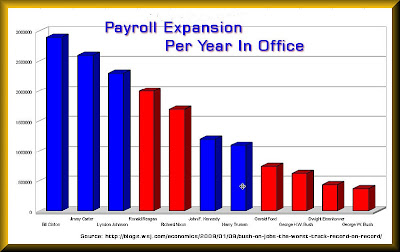 There is no evidence that Bush's two tax cuts increased job growth. After two incredible tax cuts this country should have been entering the golden age.  Instead, the rich got all the gold and the rest of us just aged in place.  We have tried it their way for a decade and it clearly doesn't help.  As an experiment, lets go back to taxing at the 90% rate for the upper income brackets that was in place during Eisenhower's golden era.  If it doesn't create jobs at least it will retire the debt. Thanks to George Bush and his republican lackeys we have lots of debt. 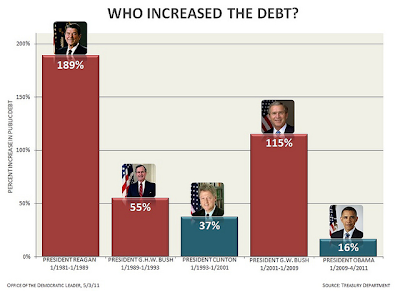 Posted by stephen sarbiewski at 11:35 PM