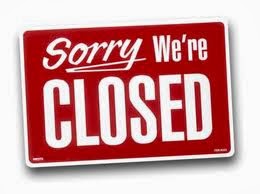 Republicans in congress have refused to fund our government unless their demands are met.  GOP demands include: a one year delay in the individual mandate for Obamacare, approval of the Keystone XL pipeline and allowing employer's the right to deny employees contraceptive care on their insurance policies.  The republicans in total have demanded 21 different things before the GOP controlled congress would fund the government.  Letting your boss decide whether your contraceptives are covered is just insane.  In America, people have the freedom of choice, but that doesn't mean you have the freedom to make choices for other people.  The GOP doesn't understand that, and once again have targeted women's health.


“It is unconscionable that elected officials in the House will shut down the entire government in order to force women to seek permission from their bosses to get the contraception coverage benefit in Obamacare. Women's access to the health care that gives us tools we need to plan our families and our lives is not a bargaining chip, nor do we need to seek consent from our bosses or anyone else.
“American voters are fed up with the GOP playing politics with women's health. We have one message for the extremist minority attempting to use this moment to ram through their anti-women agenda: do your job and govern. We elected you to make the country a better place for all Americans, not play daddy to millions of adult women in this country who are more than equipped to make our own decisions and run our own lives. "


Planned Parenthood has a letter to the U.S. House of Representatives you can sign:

When you passed a budget bill that would delay the Affordable Care Act, you were telling the women of America: you do not deserve health care.

When you used the budget bill to give bosses the power to deny their employees birth control coverage, you made it clear that you think women should not be able to make their own medical decisions.

When you try to make it easier for insurance companies to charge women more for the same coverage as men, you make it harder for millions of women to access lifesaving preventive care.

And when you call these things a "victory," it just underscores yet again how out-of-touch and dangerous your views truly are. It's time to stop holding the government hostage for your own extreme agenda, and stop playing politics with women's health.


Tell the U.S. House of Representatives to stop pushing this extreme agenda.

Posted by stephen sarbiewski at 9:58 PM No comments:

Posted by stephen sarbiewski at 11:11 PM No comments:

Email ThisBlogThis!Share to TwitterShare to FacebookShare to Pinterest
Labels: Cooking, The Bread 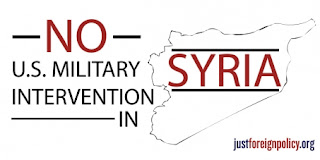 "The Win Without War coalition is strongly opposed to American military intervention in Syria and urges Congress to reject any proposed authorization for the use of military force. The use of chemical weapons is abhorrent. However, we urge our leaders to pursue a response to the apparent use of these weapons in Syria that rejects the false choice between bombing and impunity. We agree with US military leaders who assert that only a political solution will end the suffering of the Syrian people and urge all parties to pursue such a settlement."
Sign the Avaaz petition urging NO U.S. military intervention in Syria

Posted by stephen sarbiewski at 1:18 PM No comments: