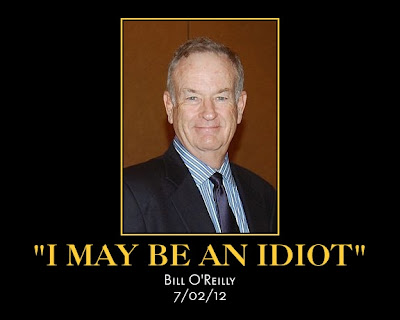 Bill O'Reilly promised he'd apologize and call himself  "an Idiot" if the Afffordable Care Act was declared constitutional by the supreme court.  He did apologize on his show Monday, and came close to calling himself an idiot; "I May Be An Idiot".  Of course, I didn't watch O'Reilly's show on FOX, MSNBC's Lawrence O'Donnel had an amusing segment on his show Tuesday night.  For once, I don't disagree with Mr. O'Reilly's opinion.

Posted by stephen sarbiewski at 8:14 PM