This spring, when Mitt Romney declared that corporations are people, I realized we lived in two different worlds.   I've never seen a presidential campaign deal in so many falsehoods.  There are Mitt's "fantasy statements" and then fact.  Most of us live in the world of facts.  But if you have billions of dollars to spend can you make everyone else live in your fantasy?  George Bush, Dick Cheney and Condolliza Rice dragged much of America into their WMD fantasy.  Are you ready to believe Romney and Ryan?   ThinkProgress has compiled an educational guide to Mitt Romney's GOP nomination speech comparing his words to fact. 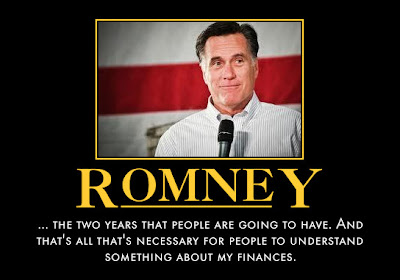 Posted by stephen sarbiewski at 4:57 PM