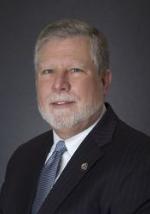 Ohio republicans are making another attempt to defund Planned Parenthood in their state.  Apparently, eliminating healthcare for Ohio citizens with little or no income is a top priority for the GOP.
Old white Ohio Republican men still think they are more qualified to make reproductive decisions than individuals who actually have a uterus.   If Romney/Ryan had won the election, we would be seeing these bills at a national level.

Visit NBCNews.com for breaking news, world news, and news about the economy

Posted by stephen sarbiewski at 4:44 PM