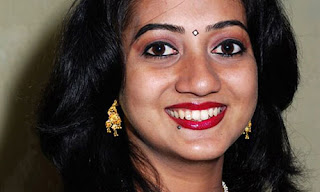 Savita Halappanavar, 17 weeks pregnant was admitted to an Irish hospital in severe pain.  Savita was informed her fetus would not survive, but the hospital refused to terminate her pregnancy until the heartbeat of the fetus stopped telling her; "This is a catholic country".   Ms. Halappanavar endured 3 days of intense pain until the fetus' heartbeat stopped and then the doctors finally terminated the pregnancy.  Savita died a few days later of septicemia.  Abortion is legal in Ireland only when the mother's life is in danger, the doctors didn't think her life was sufficiently endangered.

This was a needless and tragic death, a beautiful and precious life lost as result of catholic ideology.  Ms. Savita Halappanavar was neither Irish nor Catholic, yet she needlessly suffered and died for an imaginary soul that supposedly attached itself to her fertilized egg.  Believe what you want, but individuals, political parties and religious groups cannot be allowed to impose their personal beliefs on others.  Here in the United States republicans are very hard at work trying to bring Ireland's abortion ban to the US.  In the past two years republicans in the US house have proposed over 60 abortion restriction bills.  In republican controlled state legislatures over 150 abortion restriction bills have passed.  Republicans act as if their primary objective is repealing reproductive rights for women.  We cannot silently stand by and allow the republicans to place their personal beliefs above women's bodily autonomy.   Savita's cause of death should be listed as "the catholic church", let no more women die as a result of religious beliefs.

Posted by stephen sarbiewski at 9:33 PM