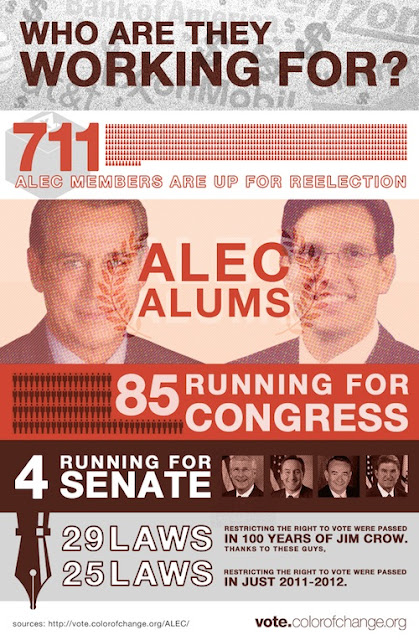 "And I most definitely do not support ALEC going after unions and promoting restriction of voting rights.  In my opinion, it is reprehensible that any American’s voting rights should be at risk in this country in 2012.  I did not renew my membership and I have no plans to attend any future conference."
-- State Senator Brian Hatfield - WA

Posted by stephen sarbiewski at 5:37 PM