Romney: Didn't Cause Wealth Inequity, But He'll Make It Worse 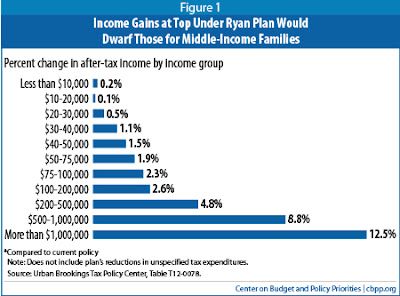 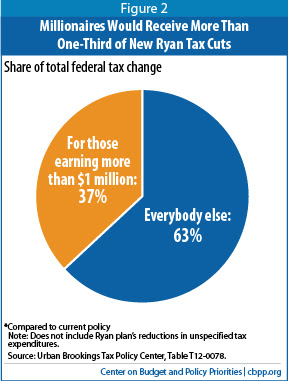 Devastatingly, the Ryan Budget cuts 3.3 Trillion dollars over 10 years from low income programs; Pell grants, job training, Medicaid and food stamps.  Republicans are fond of using our tax code to motivate the population; "don't tax the job creators".  The Ryan Budget encourages the rich by reducing their tax burden, while encouraging the poor by taking away programs that alleviate poverty.  The message the Ryan Budgets sends to our society is; "Rich people you have done well, let's reduce your tax burden.  Poor people, you don't have anything, lets take away what little you have."  Will Rogers said:


"It ain't no disgrace to be poor, but it might as well be,"

America has one of the worst income disparities in the whole world.  The Ryan Budget and Mitt Romney, if he has the chance, will make this income disparity much worse.

Posted by stephen sarbiewski at 5:14 PM