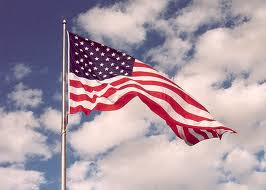 Today, is day 31 of Occupy Wall Street.  Many on the right have disparaged the movement.  Eric Cantor called them mobs, Herman Cain said of the Occupy Wall Street Protestors:  “Don’t blame Wall Street, don’t blame the big banks, if you don’t have a job and you’re not rich, blame yourself!”  Mitt Romney said: "I think it's dangerous, this class warfare." Ron Christie a republican strategist said that the protestors were a "disgrace" and that they should "Go get a job".  While the conservative republican right wing has been smearing the movement it has grown exponentially.  This weekend there were protests in 800 cities across America.  It has spread to all the continents (except Antarctica), 900 protests across the globe.

Thousands of young, middle aged and elderly citizens have been protesting, in many cases 24/7.  Thank you, for standing in the rain, cold and dark protesting against a government, tax and economic system specifically designed for the benefit of 1%  of the population.  These protestors are brave American Patriots and I'm very proud of them.  Don't listen to the right wing republican conservatives they are the paid mouthpieces of the 1%.   Thank you, Occupy Wall Street!


This poignant video shows scenes of protestors being assaulted and arrested amid the speeches of President Obama and Sec. of State Hillary Clinton decrying the lack of individual rights and liberty in the middle east.

Posted by stephen sarbiewski at 11:56 PM