A bloated Pentagon does not make for a strong America

The following statement is in response to the newly introduced Republican bill that would block the automatic military spending cuts that are now part of the 2010 deal to increase the debt limit.
Republicans believe bloated Pentagon budgets strengthen American security. In fact, the reverse is true. The most important security priority for America is making the investments here at home vital to reviving our economy, modernizing our infrastructure, educating our children, and getting our fiscal house in order. To achieve this, we need to reduce unnecessary spending – and there is no greater source of that than the Pentagon.
The Cold War is over. Bin Laden is dead and Al Qaeda dispersed. The U.S. cannot and should not police the world. The Pentagon now spends almost as much on the military as the rest of the world combined. It is the largest source of waste, fraud and abuse in the federal government. The Pentagon budget more than doubled over the past decade, bringing total U.S. defense spending to historically high levels not seen since World War II. It’s higher in comparable dollars than it was under Ronald Reagan in the midst of the Cold War.
We can and should reduce our military spending, revise our forces to fit the new world we live in. Even after the full sequester, the U.S. will retain by far the most powerful – and expensive – military in the world. These Senators would weaken our security, not strengthen it. They are defending the entrenched interests of the military-industrial complex a Republican President, Dwight Eisenhower, warned us about, not the real security of the American people. 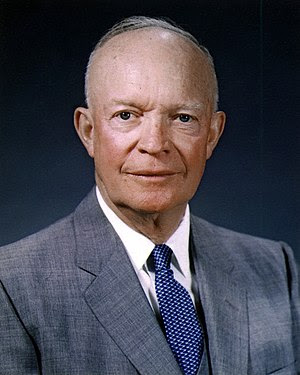 "In the councils of government, we must guard against the acquisition of unwarranted influence, whether sought or unsought, by the militaryindustrial complex. The potential for the disastrous rise of misplaced power exists and will persist.  We must never let the weight of this combination endanger our liberties or democratic processes. We should take nothing for granted. Only an alert and knowledgeable citizenry can compel the proper meshing of the huge industrial and military machinery of defense with our peaceful methods and goals, so that security and liberty may prosper together."
Dwight D. Eisenhower 1/17/61

Sign the petition to keep the defense cuts and to cut additional funds from the defense dept.

Posted by stephen sarbiewski at 8:22 PM