How the Republican Budget Hurts the Middle Class 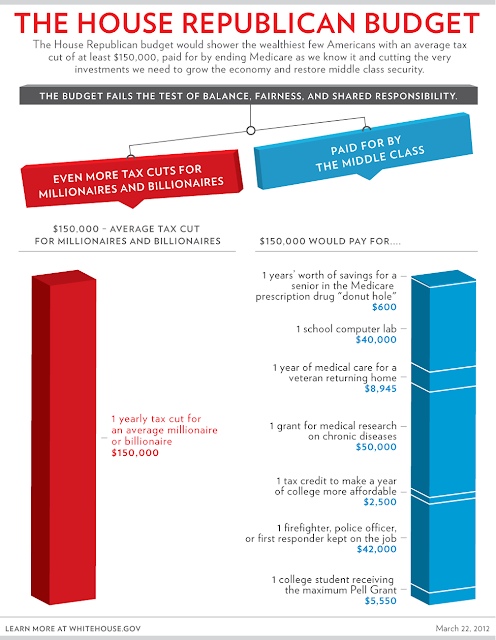 The Republican Budget passed this week on party lines; 228-191 no democrats voted for the bill and 10 republicans voted against it.  This is trickle down at its worst.  Still more cuts for billionaires and millionaires while savaging our infrastructure and safety net.  Republicans have no new ideas and their current ideas have been shown to be mostly self-serving and economic suicide for a nation.   Anyone else remember 2008?
Paul Krugman:


His latest budget proposal has received some harsh critiques. It calls for huge tax cuts, supposedly offset by closing loopholes and ending tax expenditures — except that in a long report he fails to name a single tax expenditure that he would cut. It assumes drastic cuts in discretionary spending, basically eliminating everything except defense. And over the medium term, of course, it’s a plan to savage the poor while giving big tax breaks to the rich.

Posted by stephen sarbiewski at 11:20 PM