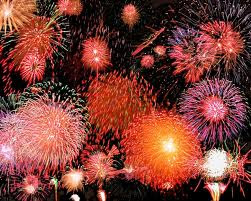 Wisconsin democrats won 2 of the 6 seats in the recall campaign tonight.  They needed 3 to take control of the senate, however, one of the republicans voted against Scott Walker's union busting bills last winter.  Hopefully, with one moderate republican and 2 more democrats in the senate, democrats have a much better chance of putting the brakes on the out of control Walker.  These 6 solid republican districts all voted for Scott Walker the last election, and based on these results and his dismal 37% popularity rating, the Koch backed Governor looks like he only has one term in his future.  Actually, he has 1/4 of his term in his future as Democrats in the state are sure to mount a recall election against Walker as soon as the governor completes one year of service.  By state law Governor Scott Walker can't be recalled until he has served one year in office.  Democrats and union leaders are scratching the days off until they can mount a campaign.  Based on these numbers in solid republican districts, (in one of these districts the last time a democrat was elected, Calvin Coolidge was president) Scott Walker should be very afraid.  I have nothing but admiration for the democrats who challenged these bulwark republican districts.  4 of them may not have received as many votes as their republican candidates, but they are all winners.  All across Wisconsin and the nation democrats organized and worked together to recall these Walker puppets.  For opposing the narrow interests of corporations and the wealthy and by standing up for the average person in Wisconsin, these democrats are a wonderful example for the nation.    Thank you.

Posted by stephen sarbiewski at 12:21 AM