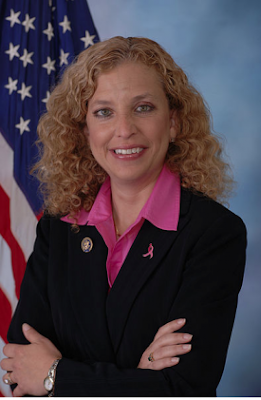 "If you're a middle-class family looking for opportunity the GOP field once again offered no solutions tonight. There was not a single serious proposal to create jobs, not a single plan to increase opportunity for the middle class and not a single new idea to get our economy moving again.
"What the American people saw tonight was all of the Republican candidates reaffirming their allegiance to the extreme ideology of the Tea Party.   On issue after issue, Tea Party beliefs are taking hold of the Republican Party as they continually put the well-being of corporations, big oil, and special interests ahead of middle class Americans.
"Mitt Romney, Rick Perry, and the rest of the candidates on stage continued advocating for policies that protect tax cuts for corporations, special interests and the wealthiest Americans who bankroll their campaigns all while shifting more and more burdens onto working and middle-class Americans. The Republican candidates all support draconian cuts to infrastructure, research and development, education and health care that would halt economic growth and cost millions of Americans their jobs. The Republican Party has pushed these policies before and it led our country to the brink of a second Great Depression.
"That's not what the American people need.  Americans are looking for Republicans to offer answers—but all the country got tonight was more of the same with a flavor of Tea."

Posted by stephen sarbiewski at 8:56 PM