Alan Grayson announces he is running for congress again 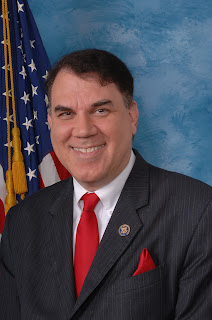 Alan Grayson the outspoken progressive liberal democrat has just today announced he is running for congress again.  Alan Grayson was a steadfast supporter of the public option in the health care fight.  He also pointed out the emptiness of the republican health care bill; which was "don't get sick", and "if you do get sick, die quickly."  Alan was targeted by the republicans and lost in the last election in the republican wave that washed over America.  I missed his strong voice and it's a delight that he is coming back to the fight.
From Alan Grayson:
"For the four million people in Florida who can't see a doctor when they are sick, and the fifty million nationwide, I'm in.
For the 70% of all homeowners in Orlando who owe more than they own on their home, and the 25% nationwide who are "underwater," and feel like they are drowning, I'm in.
For the six million Americans who haven't worked in six months and are seeing their benefits running out, for the eight million more who are unemployed, and for the eight million on top of that who can find only part-time work, I'm in.
For the millions of parents who have absolutely no idea how to pay for a college education for their children, I'm in.
And for everyone who is appalled by the prospect that we may cut Social Security and Medicare benefits as we spend more than $150 billion a year on three unnecessary wars and almost $100 billion a year on the Bush tax cuts for the rich, I'm in.
I'm in.  And I'm going to need your help.  Are you in?"

Links to contributions for Alan Grayson for congress

here is Alan Grayson on the Ed show

Posted by stephen sarbiewski at 9:02 PM